Soy burger with radicchio and pear 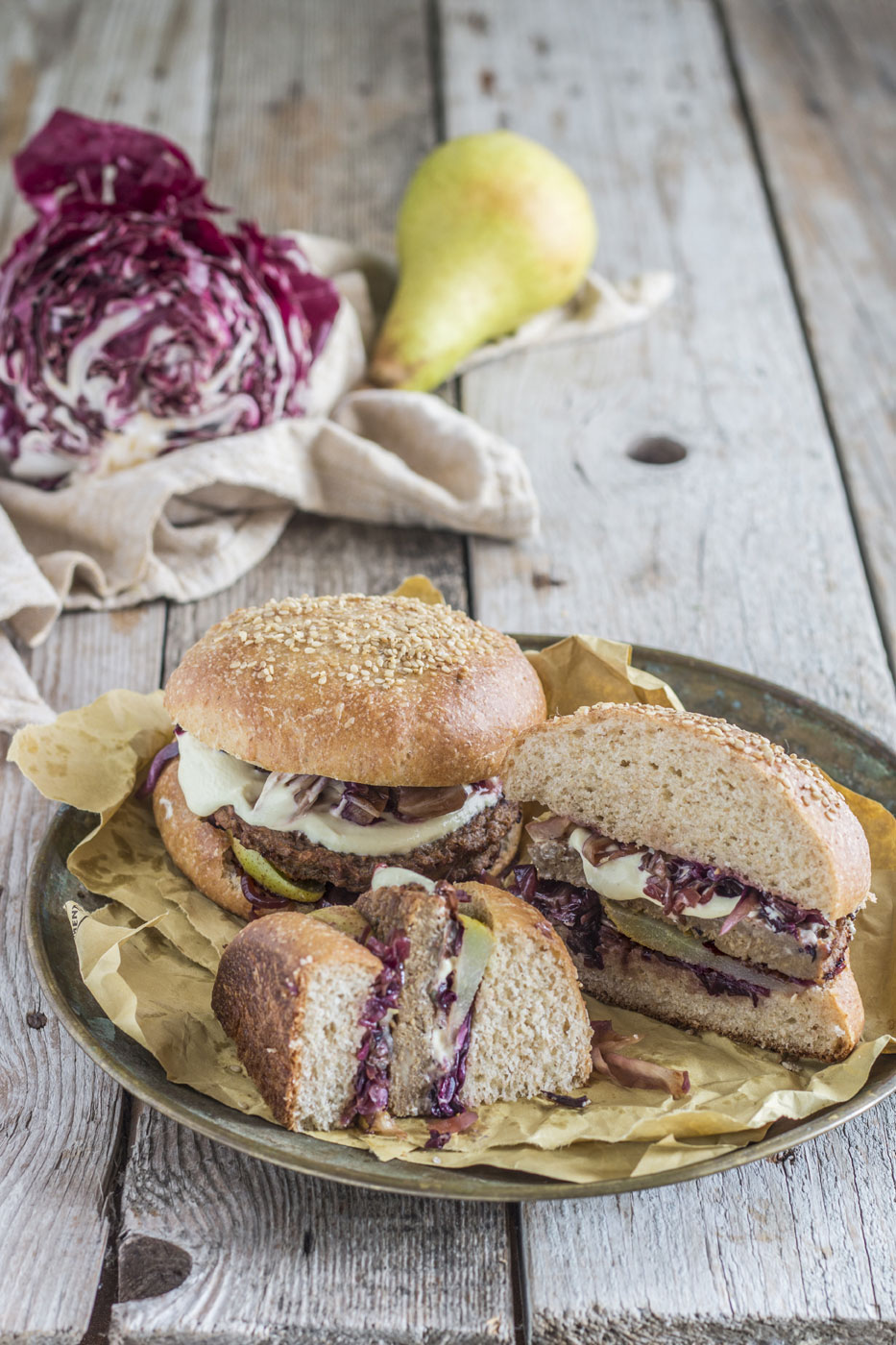 Tips and variations :
The classic burger sandwiches are prepared with butter, in this vegan version is used coconut milk that gives softness.
Course :
Second dish
With products :

Preparation :
First prepare the buns, knead together all the ingredients to form a soft and homogeneous dough, form a ball and place it in a bowl that is not too big. Cover with the food film and double it.
Divide the dough into 4 equal parts and form the balls. Place them on a baking sheet and cover with some film.
Double and brush with a veil of water or vegetable milk, sprinkle with sesame seeds and cook at 180 ° C for 15 minutes, take out and let cool.
In a pan heat two spoonful of extra-virgin olive oil and let it brown the shallot cut into rounds over low heat for a few minutes.
Wash the radicchio and cut it coarsely, add it to the shallot and let it stew for a few minutes, add the balsamic vinegar, stir and remove from the heat. Wash the pear, cut it in half then into thin wedges, put them in a pan with a some spoonful of water, sugar and pepper, cook until the liquid is dry continuing to turn the pears.
In a pan heat the soy burgers by turning them halfway through cooking.
Cut the sandwiches in half spread the mustard on the bread, put a part of radicchio, a slice of pear, the burger and again the radicchio and the pear, cover with the second half of the sandwich and serve.